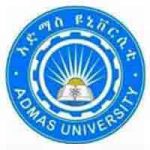 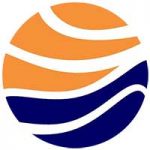 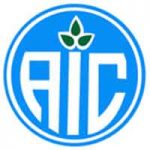 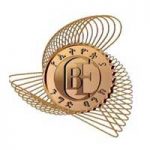 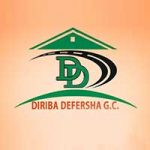 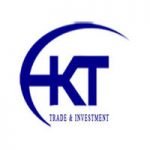 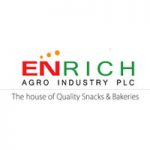 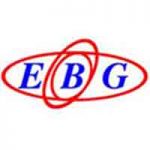 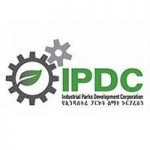 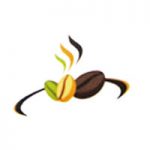 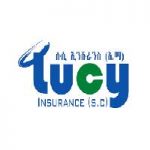 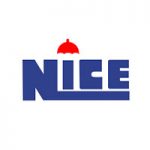 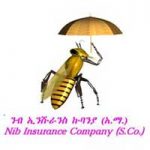 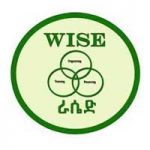 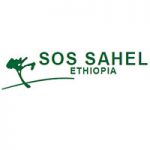 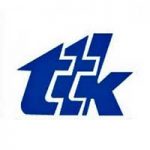 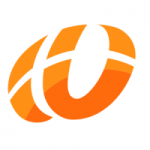 Full Time Addis Ababa
Job Requirement Education (Minimum):BA in Management/ Accounting or related fields Experience: 2 years of relevant experience Place of work: Addis Ababa How to Apply Application Dead line: 5 working days (January 17-22, 2022) starting from the date of announcement on the newspaper Interested applicants should submit their non-returnable applications along with CV and photocopies of other relevant documents through post
View more

Contract Addis Ababa
Job Description Under the supervision of the Manager, General Service & Property Administration Division, Participates in the development and implementation of policies and procedures to improve the economy and efficiency of warehousing, maintenance and upkeep of properties of the company. Supervises the systematic and accurate maintenance of  records of all movable and immovable properties of the company; keeps custody of
View more

Full Time Addis Ababa
Job Requirement EDUCATIONAL BACKGROUND: BA in Accounting/Accounting & Finance/or related Field EXPERIENCE: Minimum 2 years relevant experience Place of work:  Addis Ababa How to Apply Interested applicants, who fulfill the above requirements, can submit their application letters with CV and non-returnable copies of testimonials in person to Human resource department within 7 working days from the first date of this
View more

Internship Addis Ababa
Job Description About the program The internship program for IPHC-E aims at attracting talented and highly motivated young people to share their new innovative ideas, perspectives and research experience in IPHC-E strategic theme areas. This program provides an opportunity for interns to complement their academic knowledge with hands-on experience at the organization. It also adds the opportunity to work with
View more

He was no longer nineteen and living in a two-room New Jersey apartment, he was six months shy of his eightieth birthday and living on a farm in New Hampshire, where his will specified he should be buried. There were men in his bedroom. They were wearing ski masks, one red, one blue, and one canary-yellow.

He saw this and tried to believe it was just another dream—the sweet one had slid into a nightmare, as they sometimes did—but then the hand let go of his arm, grabbed his shoulder, and tumbled him onto the floor. He struck his head and cried out. “Quit that,” said the one in the yellow mask. “You want to knock him unconscious?” “Check it out.” The one in the red mask pointed. “Old fella’s got a woody. Must have been having one hell of a dream.”

Vacancy in Ethiopia list , the one who had done the shaking, said, “Just a piss hard-on. When they’re that age, nothing else gets em up. My grandfather—” “Be quiet,” Yellow Mask said. “Nobody cares about your grandfather.” Although dazed and still wrapped in a fraying curtain of sleep, Rothstein knew he was in trouble here.

Two words surfaced in his mind: home invasion. He looked up at the trio that had materialized in his bedroom, his old head aching (there was going to be a huge bruise on the right side, thanks to the blood thinners he took), his heart with its perilously thin walls banging against the left side of his Vacancy in ethiopia. They loomed over him, three men with gloves on their hands, wearing plaid fall jackets below those terrifying balaclavas.

Home invaders, and here he was, five miles from town. Vacancy in Ethiopia list gathered his thoughts as best he could, banishing sleep and telling himself there was one good thing about this situation: if they didn’t want him to see their faces, they intended to leave him alive. Maybe. “Vacancy in Ethiopia list,” he said. Mr. Yellow laughed and gave him a thumbs-up. “Good start, genius.” Vacancy in ethiopia nodded, as if at a compliment.

He glanced at the bedside clock, saw it was quarter past two in the morning, then looked back at Mr. Yellow, who might be the leader. “I have only a little money, but you’re welcome to it. If you’ll only leave without hurting me.” The wind gusted, rattling autumn leaves against the west side of the house. Rothstein was aware that the furnace was running for the first time this year. Hadn’t it just been summer?

“According to our info, you got a lot more than a little.” This was Mr. ethiojobs vacancy list. “Hush.” Mr. Yellow extended a hand to Vacancy in Ethiopia list. “Get off the floor, genius.” Vacancy in Ethiopia list took the offered hand, got shakily to his feet, then sat on the bed. He was breathing hard, but all too aware (self awareness had been both a curse and a blessing all his life) of the picture he must make: an old man in flappy blue pajamas, nothing left of his hair but white popcorn puffs above the ears.

This was what had become of the writer who, in the year Vacancy in ethiopia became president, had been on the cover of ethiojobs vacancy magazine: JOHN ROTHSTEIN, AMERICA’S RECLUSIVE GENIUS. Wake up, genius. “Get your breath,” Mr. Yellow said. He sounded solicitous, but Rothstein did not trust this. “Then we’ll go into the living room, where normal people have their discussions. Take your time. Get serene.” Vacancy in Ethiopia list breathed slowly and deeply, and his heart quieted a little.

He tried to think of Peggy, with her teacup-sized breasts (small but perfect) and her long, smooth legs, but the dream was as gone as Peggy herself, now an old crone living in Paris. On his money. At least Vacancy in ethiopia, his second effort at marital bliss, was dead, thus putting an end to the alimony. Red Mask left the room, and now Rothstein heard rummaging in his study. Something fell over. Drawers were opened and closed. “Doing better?” Mr. Yellow asked, and when Rothstein nodded: “Come on, then.” Vacancy in Ethiopia list allowed himself to be led into the small living room, escorted by Mr. Blue on his left and Mr. Yellow on his right.

In his study the rummaging went on. Soon Mr. Red would open the closet and push back his two jackets and three sweaters, exposing the safe. It was inevitable. All right. As long as they leave the notebooks, and why would they take them? Thugs like these are only interested in money. They probably can’t even read anything more challenging than the letters in ethiojobs vacancy list.

Vacancy in Ethiopia list wasn’t sure about the man in the yellow mask. That one sounded educated All the lamps were on in the living room, and the shades weren’t drawn. Wakeful neighbors might have wondered what was going on in the old writer’s house…if he had neighbors. The closest ones were two miles away, on the main highway. He had no friends, no visitors. The occasional salesman was sent packing. Rothstein was just that peculiar old fella. The retired writer.

The hermit. He paid his taxes and was left alone. Blue and Yellow led him to the easy chair facing the Ethiopian Airlines vacancy TV, and when he didn’t immediately sit, Mr. Blue pushed him into it. “Easy!” Yellow said sharply, and Blue stepped back a bit, muttering. Mr. Yellow was the one in charge, all right. Mr. Yellow was the Vacancy in ethiopia. He bent over Vacancy in Ethiopia list, hands on the knees of his Vacancy in Ethiopia list 2019. “Do you want a little splash of something to settle you?” “If you mean alcohol, I quit twenty years ago.

Doctor’s orders.” “Good for you. Go to meetings?” “I wasn’t an alcoholic,” Vacancy in Ethiopia list 2019 said, nettled. Crazy to be nettled in such a situation…or was it? Who knew how one was supposed to react after being yanked out of bed in the middle of the night by men in colorful ski masks? He wondered how he might write such a scene and had no idea; he did not write about situations like this. “People assume any twentieth-century white male writer must be an Vacancy in Ethiopia list 2019.” “All right, all right,” Mr. Yellow said.

It was as if he were placating a grumpy child. “Vacancy in Ethiopia list 2019 ?” “No, thank you. What I want is for you three to leave, so I’m going to be honest with you.” He wondered if Mr. Yellow understood the most basic rule of human discourse: when someone says they’re going to be honest with you, they are in most cases preparing to lie faster than a horse can trot. “My wallet is on the dresser in the bedroom.

There’s a little over eighty dollars in it. There’s aVacancy in Ethiopia list teapot on the mantel…” He pointed. Mr. Blue turned to look, but Mr. Yellow did not. Mr. Yellow continued to study Vacancy in ethiopia, the eyes behind the mask almost amused. It’s not working, Rothstein thought, but he persevered.

Stupid to keep cash, there was no reason for it other than his dislike of credit cards and checks and stocks and instruments of transfer, all the tempting chains that tied people to America’s overwhelming and ultimately destructive debt-and-spend machine. But the cash might be his salvation. Cash could be replaced.

The notebooks, over a hundred and fifty of them, could not. “Now the combo,” said Mr. Blue. He snapped his gloved fingers. “Give it up.” Vacancy in Ethiopia list was almost angry enough to refuse, according to Yolande anger had been his lifelong default position (“Probably even in your goddam cradle,” she had said), but he was also tired and frightened.

If he balked, they’d beat it out of him. He might even have another heart attack, and one more would almost certainly finish him. “If I give you the combination to the safe, will you take the Vacancy in ethiopia inside and go?” “Mr. Rothstein,” Mr. Yellow said with a kindliness that seemed genuine (Vacancy in ethiopia), “you’re in no position to bargain.

Those red lips.  “Come on, genius—give. Soonest begun, soonest done.” Vacancy in Ethiopia list sighed and recited the combination of the ethiojobs vacancy list  in his study closet. “Three left two turns, thirty-one right two turns, eighteen left one turn, ninety-nine right one turn, then back to zero.” Behind the mask, the Vacancy in ethiopia lips spread wider, now showing teeth. “I could have guessed that. It’s your birth date.”